In part 1 of my countdown of the 10 videogames that have shaped me as a gamer I focussed on titles from earlier platforms, including the Sinclair ZX Spectrum and the NES. In part 2 I turn to those games I’ve encountered more recently, beginning with those that appeared on the N64 through to those I now play on my Nintendo Switch. 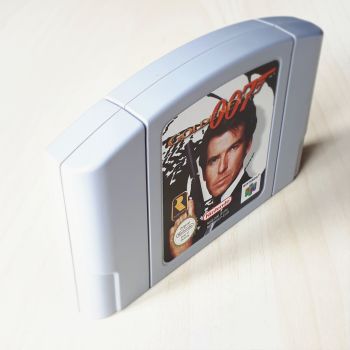 I encountered this game for the first time during my first year at university. However, I didn’t play it then as I was put off by the hyper-competitive atmosphere surrounding it. I had never played an FPS (first-person shooter) before and was worried I’d be made to look silly.

And then I was given an N64 bundled with Goldeneye for Christmas in 1998. It wasn’t long before I was diving off the dam, walking through Statue Park in St Petersburg and confronting Xenia in the jungle, on which level I admit I was stuck for the longest time.

And then there was the multiplayer aspect which made the game a brilliantly social experience. The set up was simple: Complex, of course; no Odd Job, obviously.

Interestingly enough, this game was developed by Rare, which company had in a previous incarnation also developed Jetpac, one of the games on Part 1 of my list.

And then there was Ocarina of Time. The only previous Zelda game with which I was familiar was The Legend of Zelda: Link’s Awakening. I had seen this played on the Gameboy Color.

Ocarina of Time was a complete revelation to me, from the 3D game space to the complexity of the dungeon puzzles (Water Temple anyone?) and the music. There was one specific moment that made me realise this game was special: the twisted room in the Forest Temple. The camera rushes down the straight corridor only to pull back revealing it now to be twisted, thereby changing the orientation of the rooms. Mind blown.

I completed this game whilst studying for my MA, sometime in 2000-1. It seemed such a momentous event that I grabbed my camera and actually took a photograph of the Game End screen on our small TV - my early version of a screenshot! I still have the photo today, proof of a significant moment in my life.

Of all the versions of Tetris that I’ve played – from the original Gameboy version, which we used to play in our form room at school, through to Tetris 99 – The New Tetris is the iteration I love most. The game gives you the ability to create 4x4 blocks in either silver or gold which give you more lines when you clear them. This simple mechanic makes the familiar game feel fresh and leads to the 3 minute 'Sprint' and 150 line 'Ultra' modes becoming eye-wateringly competitive. And then there’s the music. Tetris is, of course, famous for its music but in this version it is better than ever.

I recently played this game again and was delighted to find all my original save data still intact on the cartridge.

9. The Legend of Zelda: Breath of the Wild (Nintendo Switch) 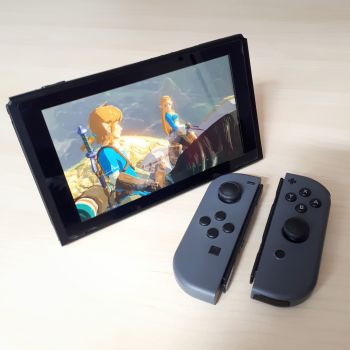 I was exploring the East Neculda region of Hyrule on foot without having opened up that section of the map. I had no idea what was around the next corner.

I climbed a hill, turned around and suddenly found myself staring at the sun rising up over an ocean I didn’t know existed. I actually cried at how beautiful and surprising it was. And that was the moment that The Legend of Zelda: Breath of the Wild became my favourite game of all time.

I have at the time of writing invested over 140 hours into this game. I’ve not yet opened up all of the map. I also have one Divine Beast left to free before I even think about approaching Hyrule Castle. The scale and ambition of this game is incredible, but so too – as many critics have pointed out – is its ability to create unique adventures for each player that feel intensely personal.

I grew up playing classic platform games like Super Mario Bros 3 but was still taken aback by the fluid gameplay of Celeste. As someone who struggles with anxiety and depression, I was also taken back by the sensitivity of the story woven into the gameplay’s structure. I was moved by Madeline’s struggles and self-doubt as she attempted to climb the mountain. The final ascent to the summit with its numbered flags counting down to the peak was a profound and joyful experience of the kind only a game can provide.

Have you played any of these games? Let me know your memories of them, and also some of the other games that have shaped you as a gamer in the comments below.