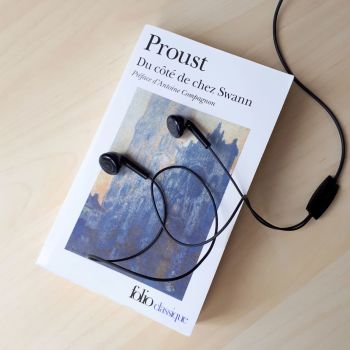 The BBC have announced that they'll be broadcasting a new 10-hour long dramatization of Marcel Proust’s great novel À la recherche du temps perdu, adapted by Timberlake Wertenbaker, over the bank holiday weekend of 24-26th August 2019. I’m thoroughly looking forward to it and will definitely listen to the whole sequence as soon as it’s available.

Of course, this won't be the first time that the BBC will have broadcasted a dramatized version of Proust’s long text – they did so in early 2005 as part of their Sunday afternoon Classic Serial slot on Radio 4. That version was only 6 hours long and therefore necessarily omitted much of Proust’s novel. However, I would argue that its tone was in general very good.

On a personal note, that earlier serialisation played an important part in my own personal journey through Proust's work. Listening to it resulted in me turning to the novels themselves (in translation), and ultimately to becoming a Proustian.

I wanted to record here some of my own initial hopes and expectations for the new dramatization.