‘In my snug little room I shall forget the world outside; I shall narrow down to my lot, and possibly come to believe that my valley is the hub of the universe.’ 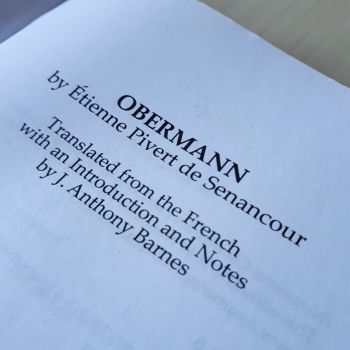 The need to self-isolate has reportedly sent many people online to buy new books to help them through the weeks ahead. Others have surely returned to the pile of unread novels already sitting on their bedside tables. Now’s the perfect time to catch up with the reading we all feel we ‘should’ have done or have been putting off.

One book that probably won’t be on anybody’s reading list in the coming weeks of quarantine is Étienne Pivert de Senancour’s Obermann. And yet this is in many ways the perfect self-isolation novel. It is, after all, a work that is largely about self-isolation, or at least the active pursuit of solitude.

First published in 1804, this book became better known in the early 1830s after receiving a second edition under the auspices of the critic Charles Augustin Sainte-Beuve. The novel is written as a series of letters between the eponymous Obermann and his friend, whose responses we don’t get to read. At the beginning, the young Obermann is unwilling to take the career path assigned to him and so decides to leave Paris for Switzerland. Whilst there, he heads up into the mountains and experiences sublime and romantic visions of the world in perfect solitude. In later passages, Obermann spends time alone in a forest and eventually returns to Switzerland, where he moves into a house far away from society.

The book is perfect for passing the time. It's a long read that actually reads longer than its 400 or so pages. As the book’s first readers knew, it combines stretches of beautiful romantic prose with long and relatively uninteresting discussions. It’s a book to drift through with wavering attention levels on slow afternoons, or whilst sitting on the sofa on sunny spring mornings, dreaming of the Alps. 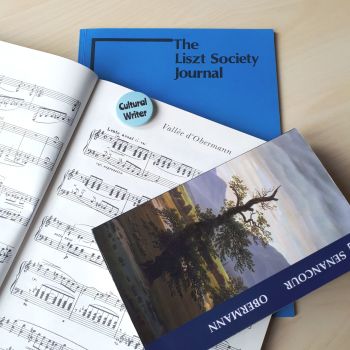 Somewhat ironically, the novel became very popular in the crowded cultural salons of Paris in the years following the July Revolution. Following the publication of its second edition it was taken up by readers such as Franz Liszt and George Sand, who later edited a third edition. It would form a creative starting point for Liszt’s piano masterwork 'Vallée d’Obermann' and accompanied him on his own flight from Paris to Switzerland in 1835.

So, if you’re looking for books to read during a period of quarantine, Senancour’s Obermann is worth adding to your list.